All over the country, and the world, people have unique and personal connections to their cities, their neighborhoods.

Or, maybe, it’s something that defies any pat explanation. Maybe it’s an intangible combination of all that a city is. Or maybe they feel connections that go beyond places and even people.

Maybe it’s something in a city’s soul.

If you were to ask me, the best way I can describe the connection I already have to Memphis is just that: I feel connected to its soul. I am not the only person who feels this way – already I’ve spoken to many Memphians and transplants who share that connection – but it’s a connection that is deeply personal, and deeply private.

Being still so new to Memphis, I’ve been wondering how my feelings for this town have so quickly become so strong. As of this writing I have been in Memphis one hundred and fifty-five days. 134 days if you count only my actual residency (more on that later). That’s just over a third of a year.
So how did I fall in love with this place so quickly? Let me count the ways. The music, of course. The food. The sunsets over the Mississippi. The authenticity in its streets. The modesty of its skyline. 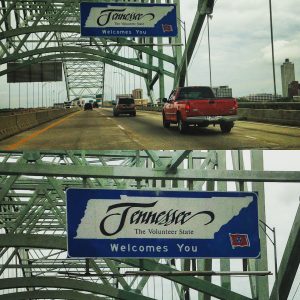 Before I tell my story I should point out a few things:

I am not a Millennial right out of college.
I just turned fifty.
I am white.
I moved here from Newport Beach, California.
I was born and raised in southern California.
I have spent most of my career traveling throughout the country, having visited just about every major city in the U.S., and have spent a great deal of time the last 15-25 years in New York City. 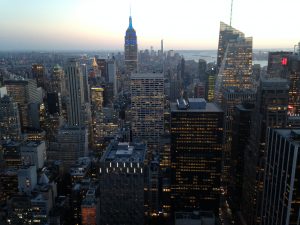 I love New York. My father and uncles and grandparents are from the Bronx and Queens. My blood, it seems, is from New York. In fact, for much of my life I imagined my life as though I lived in The City, that I’d retire there, or something. That I’d die there. It felt like home.

What does this Big City Love have to do with Memphis? Well, New York framed my youthful passions. My longing for Manhattan gave it a mythic quality, like an Emerald City. Visiting it and doing business there formed my ideas of what cities should be and could be. 9/11 made me fall in love with it all over again, and reconnected my soul to its soul.

So why Memphis? Of all places? If I was leaving Newport Beach, why the hell didn’t I just move to New York, and how the hell did I end up with a Memphis address?!

I’ve heard this many times: “Its either a job or a spouse.”

In my case it’s a spouse. My wife is a Memphian. And thank God for that. From East Memphis eleven years ago she left the city and moved to, you guessed it, Newport Beach, CA, which is of course where we miraculously met. (Cue the violins. Or better yet, Elvis’ Mystery Train) And after those 11 years – for her she had had enough of the perpetual sunshine and warm air (heads) – she longed for The South. She missed her family, the people, the culture, the food, the friendliness, the seasons. She missed it all. And it wasn’t too hard for her to convince me to move to The South.

Still, why Memphis? Why not… why not Nashville?

But we didn’t. And thank God.

Part of the reason we didn’t end up in Nashville is part of the same reason we left Newport Beach: for a lack of connection. In all my years in southern California I never felt that connection to it that I had felt for New York. And with all due respect I wasn’t feelin’ it for Nashville either. For Memphis, I felt it pretty quickly.

But as strong as that connection already is, there is something even stronger: Memphis may have saved my life.

I arrived in the Bluff City having lasted more than my share of rounds in the boxing ring that was the last couple of years. Like Memphis itself, I have had to pick myself up after so many knockdowns, go back to my corner, and regroup. Knockdown after knockdown left me dizzied, misplaced, broken down. But after arriving here I was not without Will. And not without Resilience.

In Memphis I’ve seen myself. A survivor. Ready to get off the mat and fight again. Ready to go all fifteen rounds. Here I found Purpose with a capital P that I may have been born to realize. And after spending so much of my life longing for the Big Apple, I know I’ve found my true home in the Bluff City.

Now you know. I came to Memphis for my wife, I’m around fifty, white, and I arrived here having picked up the pieces of a broken soul. Memphis, Here I am! And I am so thrilled – and honored – to be here.

So this blog… it’ll be more than just what’s fun about Memphis. It’s more than Memphis in May and Overton Square and Elvis and Gus’s Fried Chicken and the Civil Rights Museum. For me it’s also about trying to address blight. About how to help the poor. About looking at ignorance and unspoken prejudice. About honoring Memphis’ historic heritage. About what Memphis wants to be, what it can and can’t be, what it refuses to be, where it’s headed and where it’s heart is.

Join me on this discovery, and hopefully you’ll see some of the things I see in this place, my own private Memphis. Heck, you might even feel some of the same things as I. And maybe down the road after you get to know me y’all can invite me in to your private Memphis.