Mark spent the first half of his career in communications, teaching and consulting for the payroll industry. In Memphis he found the chance to pursue lifelong passions for film, writing, and city history, and put them all together into StoryBoard Memphis. 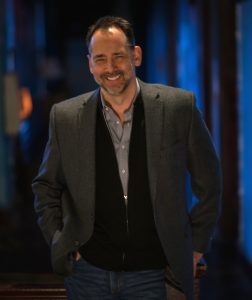 Mark was born in Long Beach, California, “sometime in the mid-60s,” worked at the original Disneyland in Anaheim during his college years, studied theater and film in Fullerton and Los Angeles, and spent twenty-five years in the corporate world before venturing into publishing. He is happily married to his wife Kelly, the native Memphian who introduced him to this place called Memphis. Reach him at mark.fleischer@storyboardmemphis.com .

(photo by Eric Janssen*, known in Memphis from his Instagram @webraw) 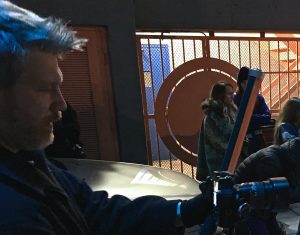 Eric is known locally by his Instagram moniker @webraw. Eric takes his camera anywhere and everywhere in the Bluff City, looking for new and creative ways to capture the hidden and the abandoned in Memphis. (On October 16, 2017 in Chicago, Eric fell to his death doing what he loves, in trying to capture that one last shot, from the roof of a hotel. He worked for StoryBoard, for free, for a Memphis minute, but his inspiration will be eternal. RIP my friend.) 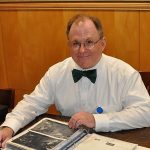 Wayne Dowdy is an author and one of Memphis official historians. He is the Manager of the Memphis and Shelby County Room at the Central Main Memphis Public Library and author of several books on Memphis history, including A Brief History Of Memphis, Hidden History Of Memphis, and Mayor Crump Don’t Like It. Vance Lauderdale in Memphis Magazine said “Dowdy is a Memphis native, who earned a bachelor’s degree in education from the University of Memphis and a master’s degree in history from the University of Arkansas, is a man of many talents.”

His “Memphis: Dateline” monthly installments are exclusive to StoryBoard.

Devin Greaney is a native Memphian. He has been doing freelance writing and photography for about 18 years. He has written for our friends at the Memphis Downtowner magazine, High Ground News, and Memphis Type History. His website is devingreaney.com.

Led by Publisher Emily Trenholm and Managing Editor Cole Bradley, High Ground News is a weekly digital magazine and website focused on what’s next for the city of Memphis. They connect readers to the city’s most visionary and active people, businesses and organizations – the folks who are making changes and solving problems. They cover big corporate growth to small neighborhood movements, highlighting the development and innovation that are propelling Memphis forward. Their focus areas include economic and neighborhood development, healthy communities, entrepreneurship, non-profits, sustainability, leadership, technology and Innovation.

Mike is longtime Memphian and a Commercial Appeal alumni. Mike goes by @f8inmemphis on Instagram and does freelance work or print sales at f8inmemphis.com 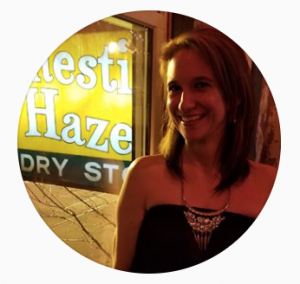 Julie McCullough is a local school teacher who currently teaches CLUE for gifted students at Shelby County Schools. In her spare time she is a photographic chronicler of historic houses and structures of Memphis and the Mid-South. Julie is from Millington, Tenn. and is the keeper of her wonderful Instagram account This Place in History. She has written for our friends at High Ground News and Memphis Type History.

Margot Ferster Payne has been associate editor of StoryBoard Memphis since January of 2019. With a background in historic preservation, Margot’s important contributions include research, writing, editing, and printed layout and design.

Margot can be reached at margotp@storyboardmemphis.com 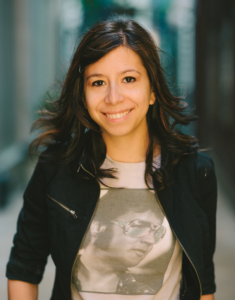 Rebecca is responsible for bringing to life much of the look and feel of StoryBoard Memphis, from the integration of the 1959 City Engineering Map into the publication’s DNA, to the bold logo that marries the “S” to the “B.”

Rebecca Phillips is the artist behind the Memphis Type History and its Illustrated Series. She’s inspired by old postcards, history, the unexpected and unusual, the stories people tell, and Memphis. Her tweets are @rlwphillips and she Instagrams too. Find her recent work at rlwphillips.com! 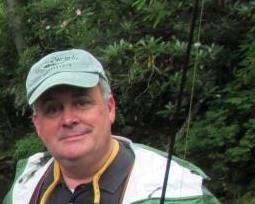 Niles Reddick is author of the novel Drifting too far from the Shore, a collection Road Kill Art and Other Oddities, and a novella Lead Me Home. His work has been featured in over a hundred and fifty literary magazines all over the world including Drunk Monkeys, Spelk, The Arkansas Review: a Journal of Delta Studies, The Dead Mule School of Southern Literature, Slice of Life, Faircloth Review, Tuck, among many others. His new collection Reading the Coffee Grounds will debut in spring 2018. Niles is also featured in author Susan Cushman’s Southern Writers on Writing, which was released May 16, 2018. His website is www.nilesreddick.com

Led by urbanist and Smart City consultant Tom Jones, the renowned Smart City Memphis blog’s purpose is to connect the dots and provide perspective on events, issues, and policies shaping Memphis and its future. Smart City Memphis was named one of the most intriguing blogs in the U.S. by the Pew Partnership for Civic Change; The (Memphis) Commercial Appeal wrote that “Smart City Memphis provides some of the most well-thought-out thinking about Memphis’ past, present, and future you’ll find anywhere,” and the Memphis Flyer said: “This incredibly well-written blog sets out to solves the city’s ills – from the mayor to MATA – with out-of-the-box thinking, fresh approaches to old problems, and new ideas. If you have questions, submissions, or ideas for posts, please email the blog’s editor, Tom Jones, at tjones@smartcityconsulting.com.

As stated in their website, Strong Towns is a media organization leading a national movement for change. They challenge every American to fundamentally rethink how our cities are built, and they shine a spotlight on an approach that will make our cities truly prosperous. They support a model of development that allows America’s cities, towns and neighborhoods to become financially strong and resilient. It is a national non-profit, started in 2008 as the blog of civil engineer Charles Marohn. 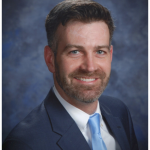 Josh Whitehead is a sixth-generation Memphian who resides on the same block of Madison as his mother, grandparents and great-grandparents did before him.  Planning Director of Memphis and Shelby County since 2010, Whitehead administers the Office of Planning and Development and serves as the secretary to the Land Use Control Board, Board of Adjustment and Landmarks Commission.  Josh has been published in law review journals on issues related to housing and blight, but is most active on a blog that features his take on Memphis’ design, history and architecture, Creme de Memph. 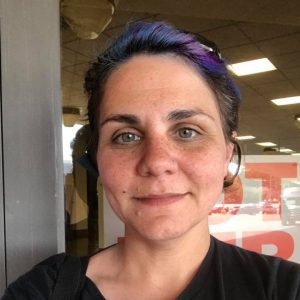 Krissi Williams is a work-from-home-mom who lives in Memphis’ Evergreen neighborhood. She has been a web developer for over 15 years. When not busy with kids or work she likes to spend her time crafting.

Thomas “photographs it all” and is passionate about capturing Memphis in all its beautiful glory. He can be found on Instagram at @yesiwood.